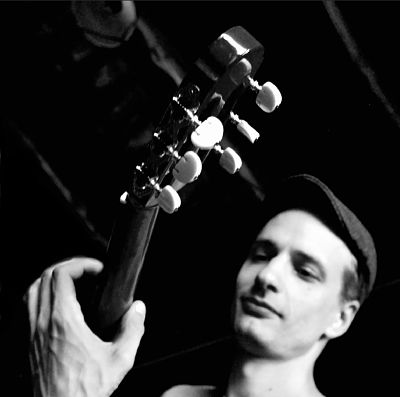 Gabor is a Berlin based guitarist and composer working on a wide spectrum in composed and improvised music. He produces or plays live his music on guitar employing computer and live electronics. He mostly works with contemporary music projects and makes music for dance and multimedia performances, installations, and improvisation workshops.

Following childhood classical music studies he established guitar as his main instrument and graduated from the jazz department of Franz Liszt Academy Budapest in 2008. He obtained his master’s degree at the Conservatorium van Amsterdam in 2010, after which he extended his studies about improvisation and composition techniques of South-Indian classical music. Besides his activities in jazz he often performed in pieces by contemporary composers.

Since 2012 he has been evolving his electro-acoustic sound and got involved in contemporary dance- and experimental music projects first in Amsterdam, later in Berlin where he currently lives.